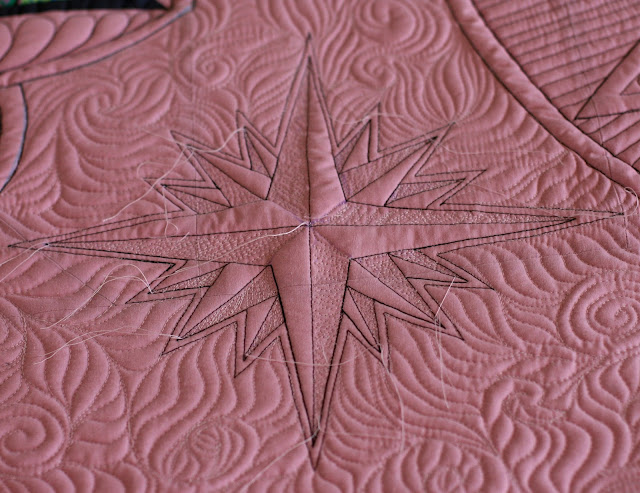 So, hurray, I'm done quilting!  But now I need to rip out the extra lines in the swirls...hopefully it takes less than 3 hours this time.  Once that's done I'll post a full-quilt photo!
Posted by Renee at 3:38 PM