Making of The Pandorica Opens

I have been waiting weeks to share this, and finally this quilt is in it's new home at Jessica's house!  So here goes:

This quilt started with the idea of NOT making another TARDIS quilt.  But then somehow a seed was left, and then I had the idea to make a quilt based off of the exploding TARDIS painting by the Van Gogh character in the Dr Who Episode, "The Pandorica Opens  ".  The painting is called The Pandorica Opens, so that's what I named the quilt too.

I started with paper piecing a TARDIS block (using this pattern again), minus the border--so I had just a raw edge TARDIS to work with.  I put a piece of Heat n Bond light on the back of the TARDIS and then I referenced the painting a bunch and cut it up to look similarly.

I cut some fabric for the background, placed some Heat n Bond light on top of it (shiny side up so I wouldn't have to think mirror-image), and then placed the main TARDIS pieces on top and drew the main spiral-y shapes on it. 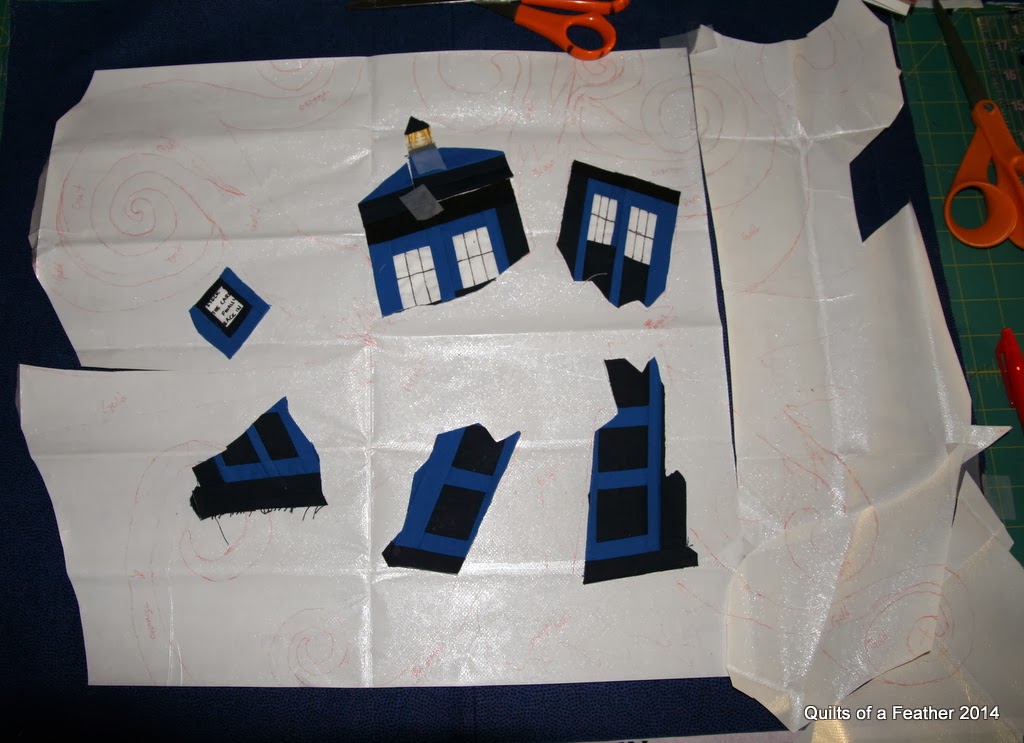 Terrible lighting, but I get a fair amount of work done after the kids are in bed. 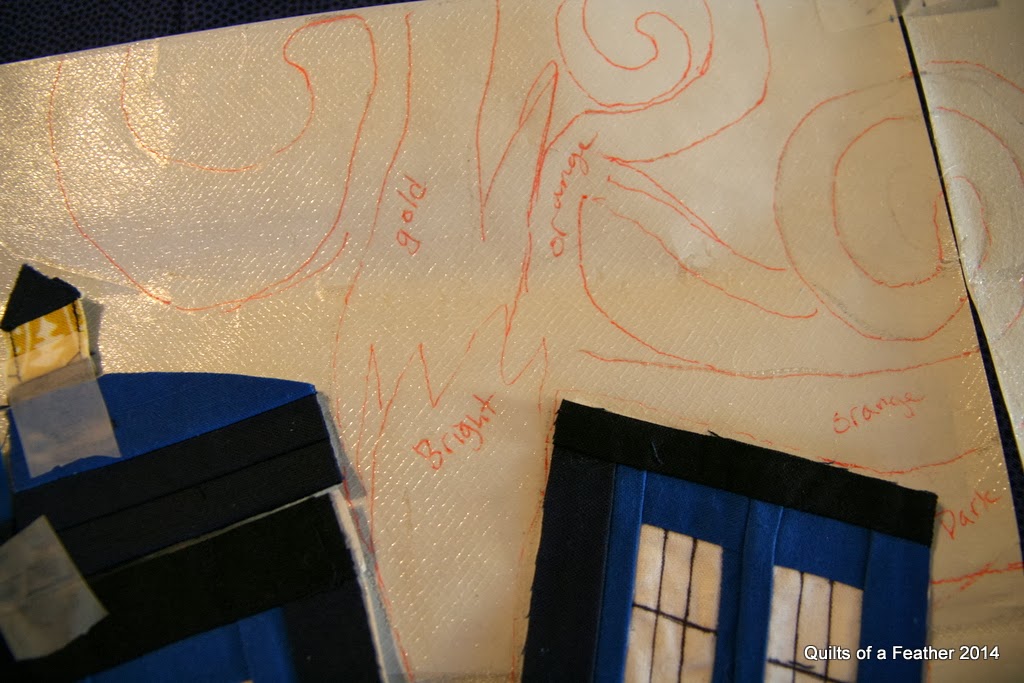 I marked what color fabric each section needed to be. 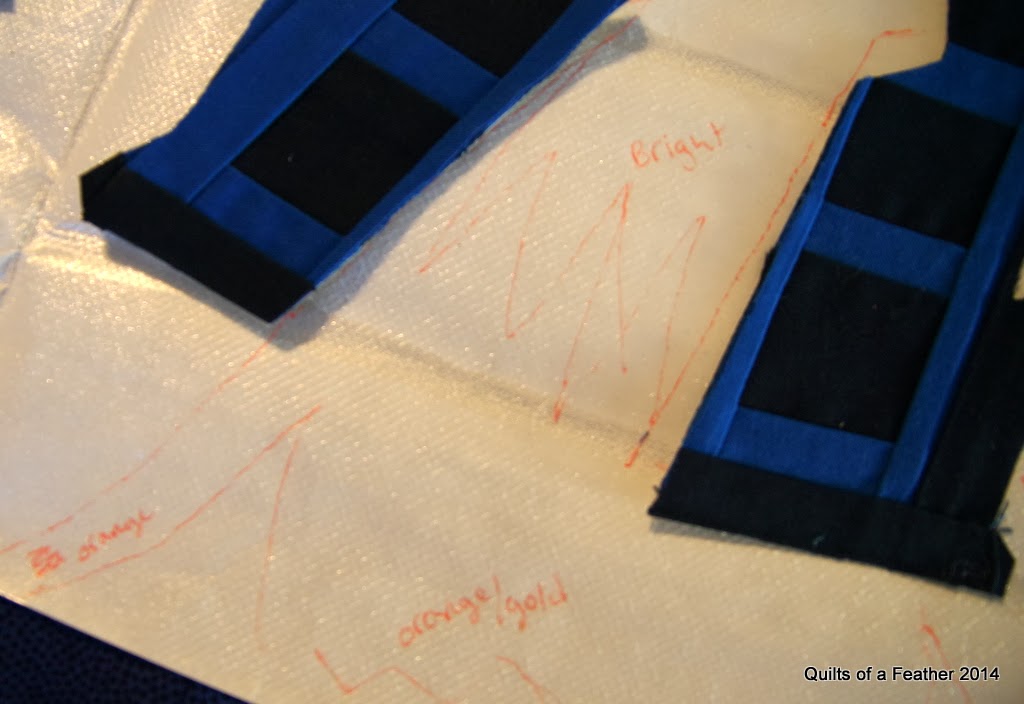 Just before cutting them out I numbered the swirls on a reference print out of the painting and on the heat n bond.  Then I cut out all the pieces, one at a time, and immediately ironed them onto the wrong side of the fabrics.


Then I cut them each out and placed them with the TARDIS on the background fabric.


I did this step on my table with a double-folded towel underneath so I wouldn't have to move everything to the (too small) ironing board.


Then I peeled off the paper side of each swirl and TARDIS piece, and pressed it into place with the iron.  Then I basted it onto a piece of batting! 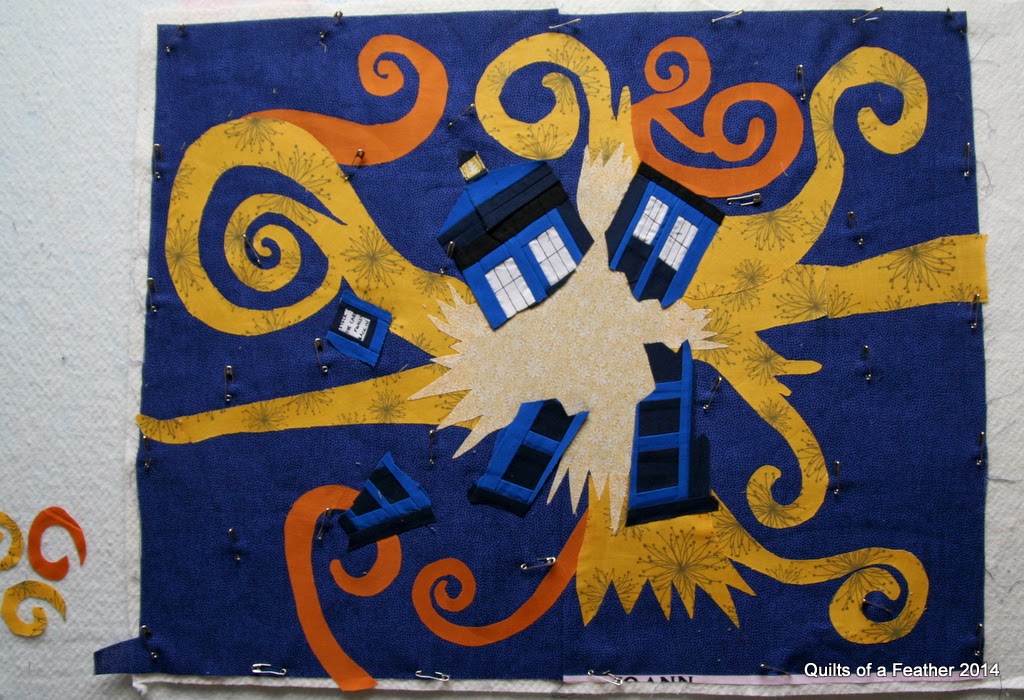 Yay, time to quilt!  I started with doing an outline around each piece. 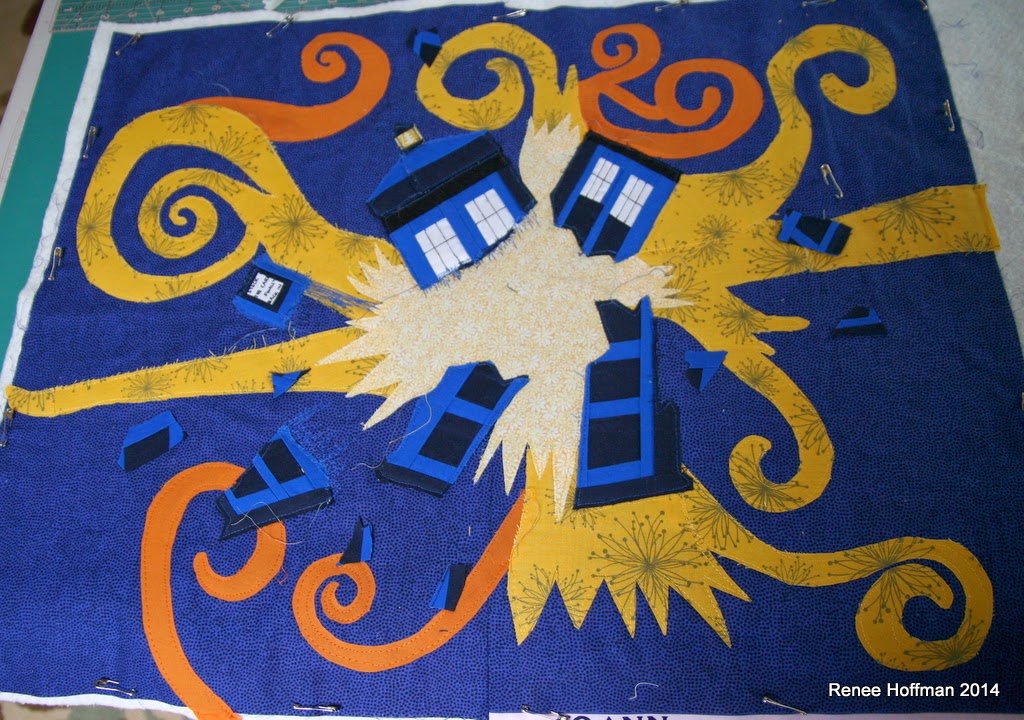 Then I went back through to add thread painting details.  I did some echo quilting on the background fabric about 1/4" apart, but it wasn't half as dense as the swirls, so I went back with a black thread and added a bunch more lines of quilting.  FMQ through the Heat n Bond was pretty bad, my machine hated it.  Luckily the Aurifil I was using did pretty well.  The white thread I used in the center is some very old, cheap stuff--literally the only white I had, and it broke more times than I remember.  I probably threw away as much as I used from all the breaks and shreds.  Clearly I need some white (and navy!) Aurifil!  Also some dark grey.

Here's the back, to get a good idea of the amount of thread I used! 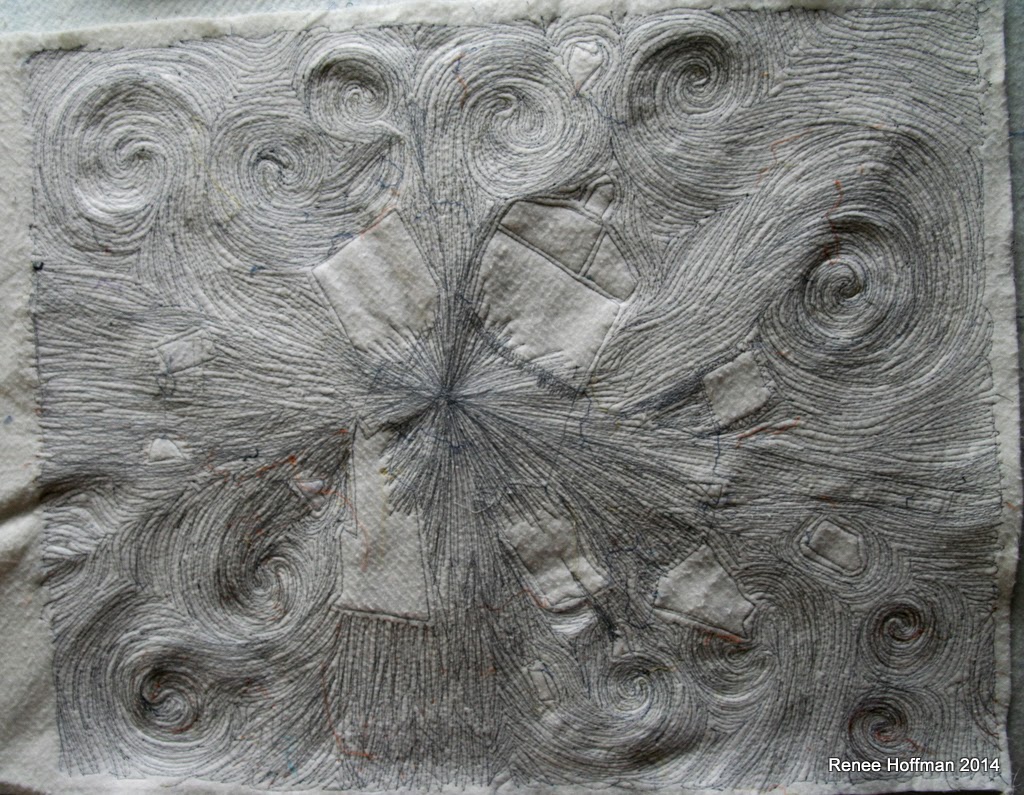 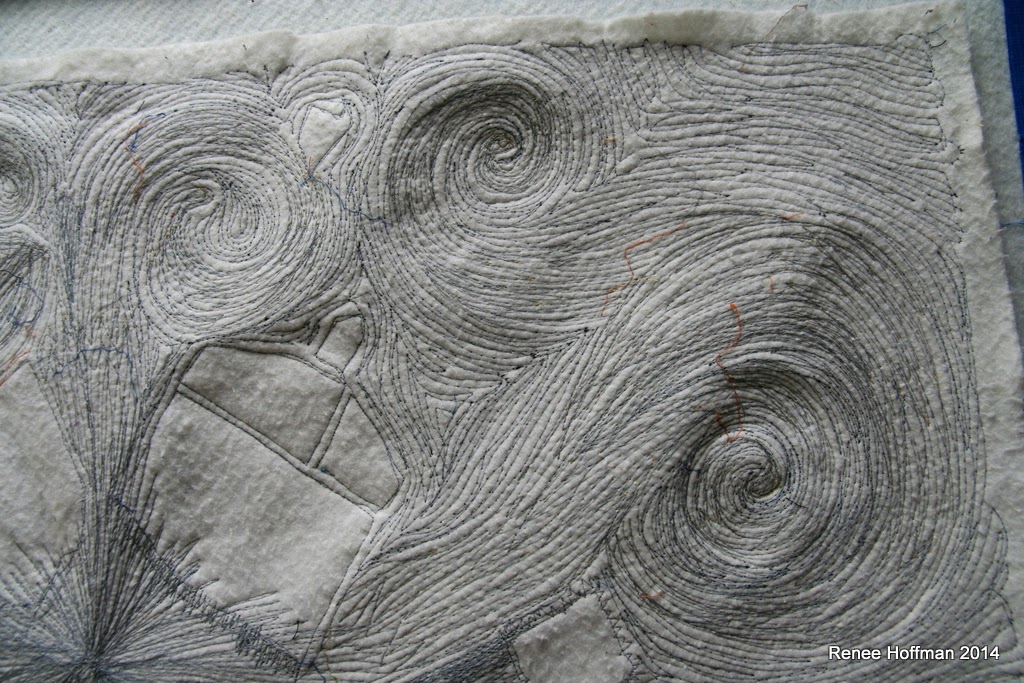 By the time I was done, the quilt was seriously warped by the unevenly dense quilting.  Nothing a little steam couldn't fix though!  I followed this tutorial in blocking it, first soaking and towel-pressing it dry before pinning it to my design wall.  I only approximated it being square since it is was still untrimmed.

That's it for the process post!  Come back tomorrow for the big reveal!
Posted by Renee at 12:24 PM