You can read more about this quilt here.


My friend Michelle pieced the quilt top, and I quilted it with a big, all over wavy pattern, loosely following this tutorial.  You can see the quilting a little better in this photo: 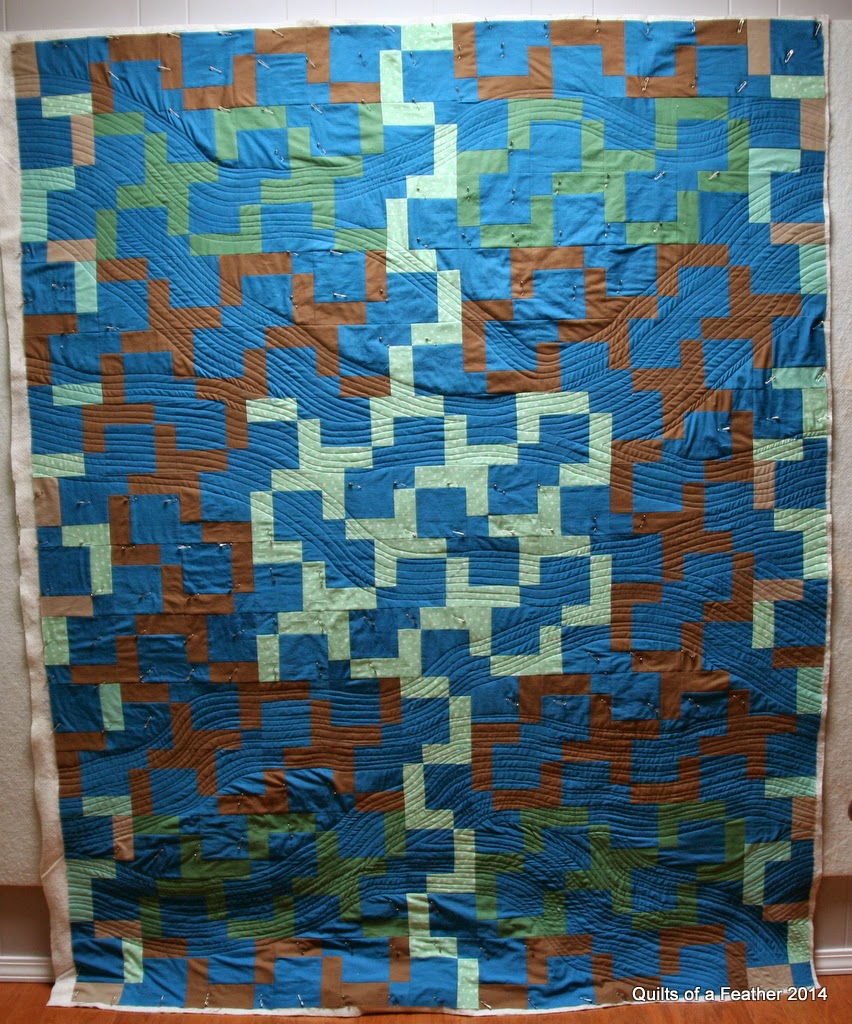 I quilted it using my walking foot mostly.  When there was a small island of non-quilted, I used my free motion foot to fill it in so I wouldn't have to rotate the quilt a million (more) times. 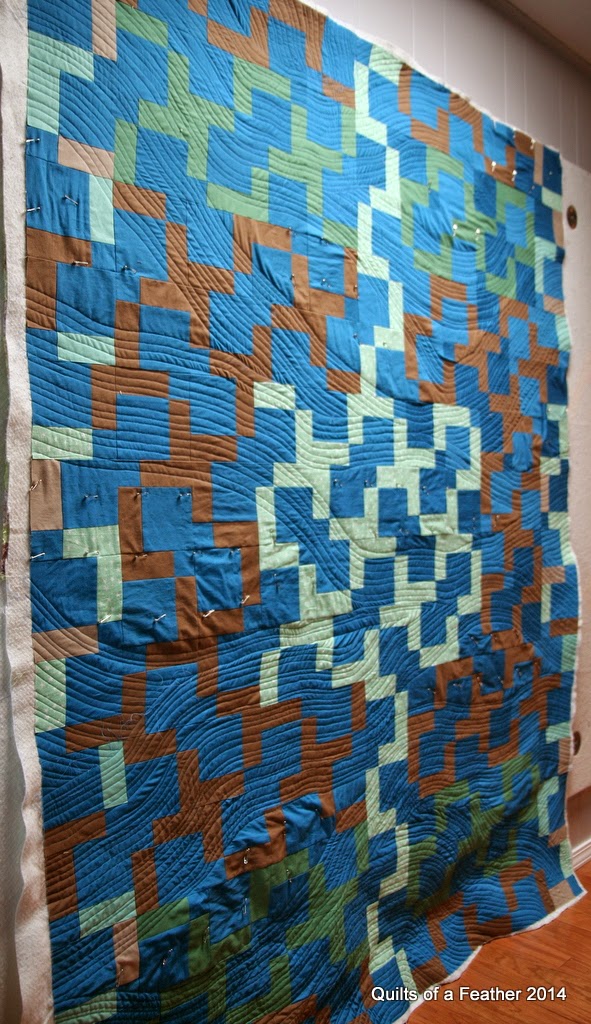 I used a Superior Threads in a medium blue. 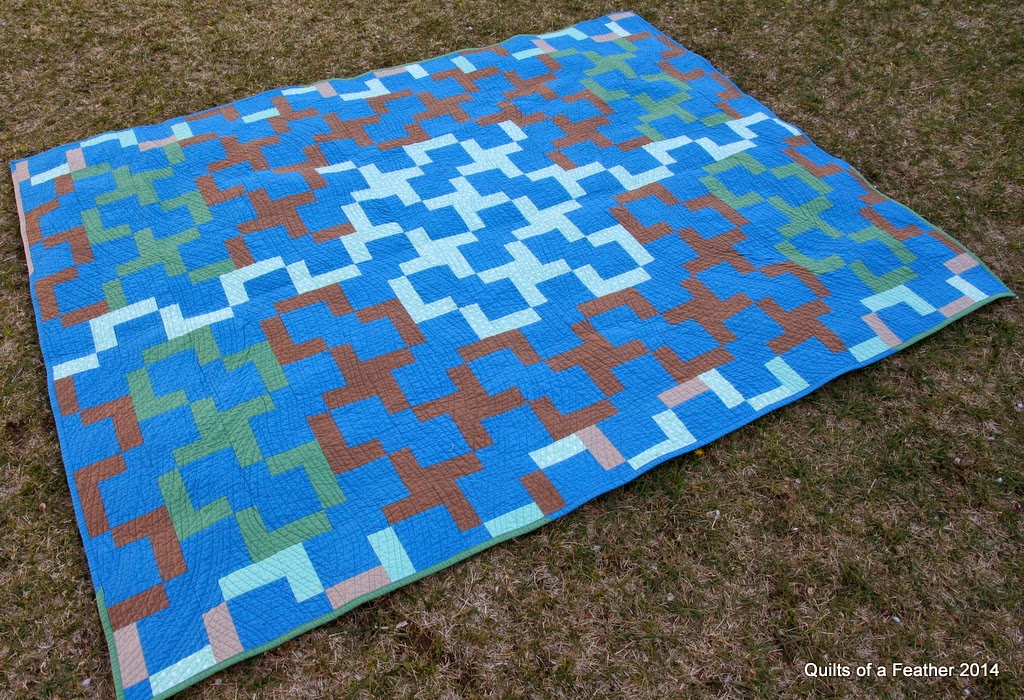 Bound using some scraps that were already cut.


The backing is not my favorite and was purchased out of desperation, haha. 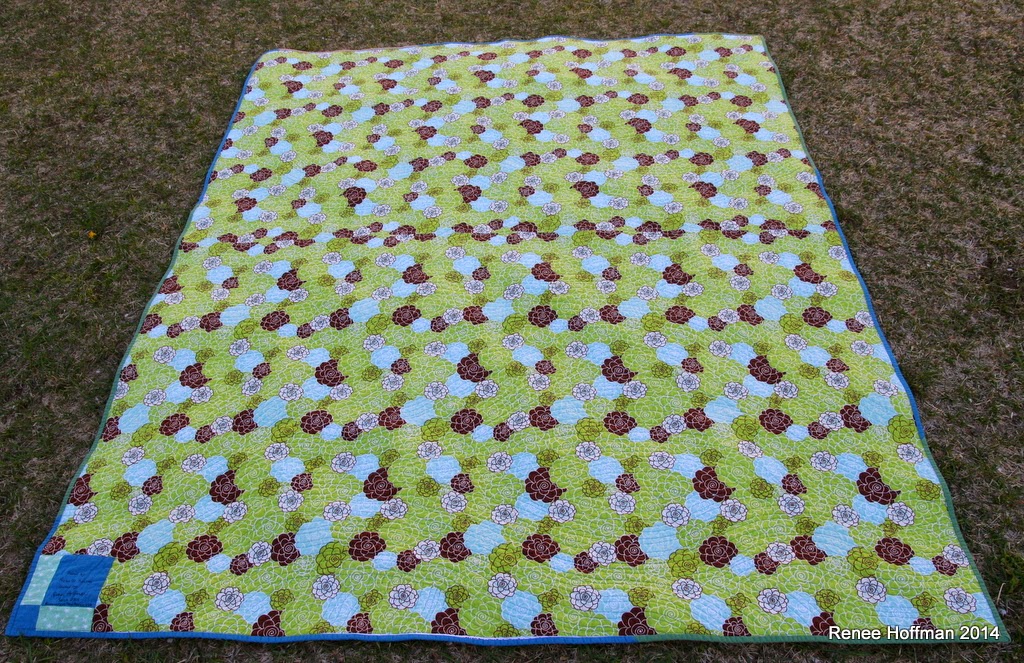 I had planned to get some wide backing for a fast, simple back.  I went to Hobby Lobby to get it, since it's closer than Joann's.  They have a selection of poly-cotton broad cloths, which I stared at for a long time trying to decide on a color.  Then, as I was reading a tag on one of the bolts I saw that the "broad" cloth was only 44" wide!  Why is it called broadcloth?!  Ugh, I was so annoyed.  But I had wasted so much time already, with both kids in tow and getting cranky, that I chose the first green-brown-blue fabric I found, hoping it would coordinate (it doesn't though, does it?  haha, oh well). 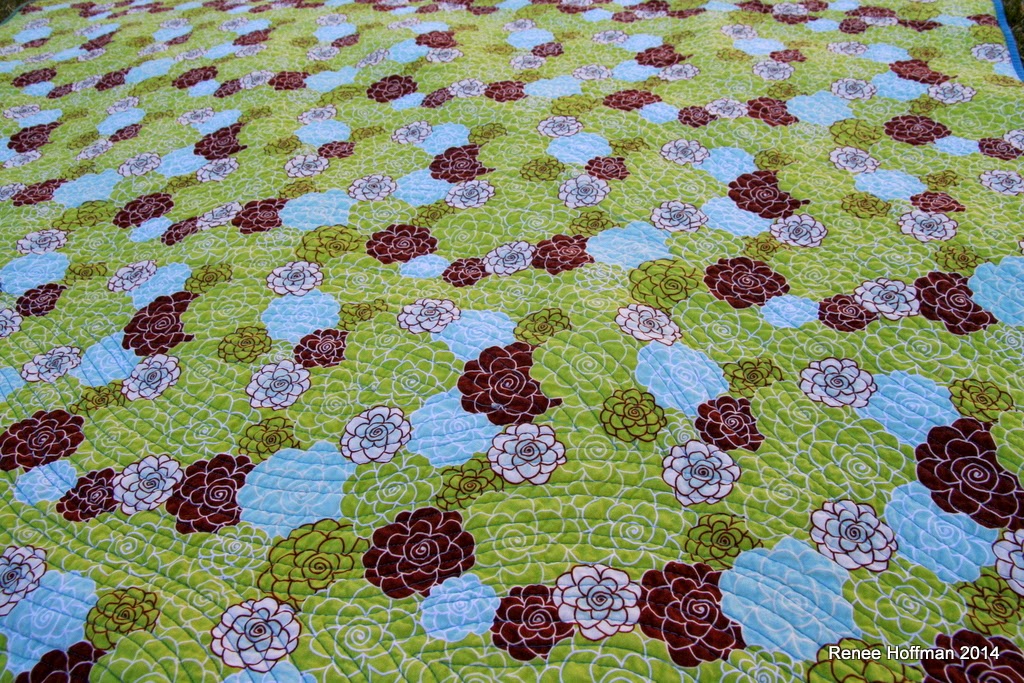 
I actually finished this on the 31st, right on schedule!  I wanted Michelle to see it first.  This quilt is now packed up, ready to be shipped to Kenya for the Lala Salama project--go check it out!