Mostly for the last week my sewing machine has been sitting idle, and feeling quite lonely.  My motivation to sewing anything (my sewjo, as I've heard it called) is almost zero.  Ugh, I am in a sewing funk!  And why?  Because of these two trouble makers:


The patterns are both from Fandom in Stitches and are made for a Disney-LOVING pay-it-forward gift.  The selection of Disney blocks on the site is so big I actually asked the pay-it-forward person what their favorite movie and/or characters were.  One of her many answers was The Lion King, and who doesn't love Timon and Pumbaa?! 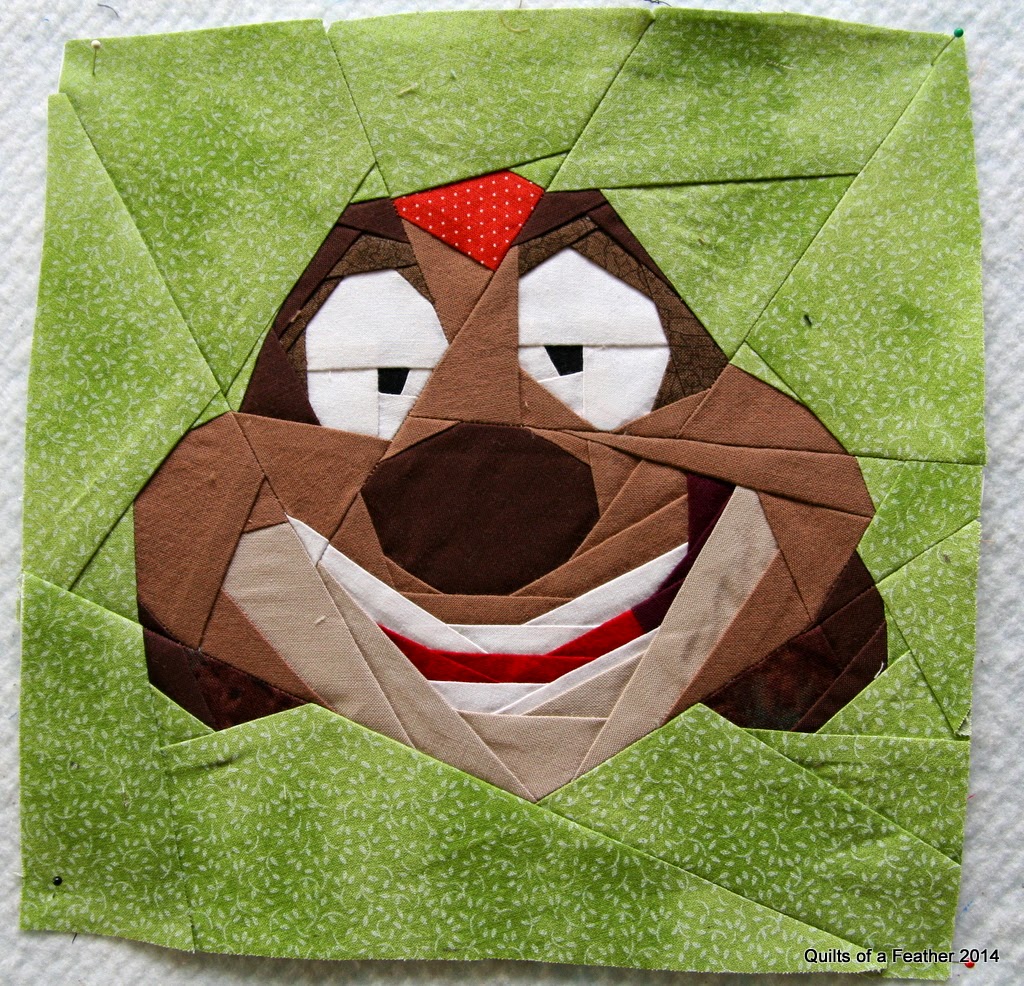 But man, these paper pieced patterns were real hair-pullers.  I made Timon first, and thought I'd chosen the harder of the two to make first (though in retrospect he was quite straight forward).  Then I made Pumbaa--and it turned out I had many more issues with his pattern.  I accidentally sewed the wrong colored fabrics in several times, forgot an important piece in one of the eyes (had to start over completely for two of those mistakes, ugh), there are a few minor mistakes in the pattern, and then getting all the pieces to go together properly and everything line up nicely was impossible.  But he's done now, and the longer I leave him up on the design wall, the more he grows on me.

I had been trying to finish ALL my pay it forwards (only 4 left!) this month, but as I keep choosing to make detailed, time consuming projects...the last 4 will have to be given out in May.  At least the end is in sight!  Note to self: stop signing for pay it forwards.