I've been working on the pink star quilt and making pretty good progress!  Though I had hoped to be done with the top by tomorrow.


I had to work out some kinks in making the corner pink ribbons (using this tutorial by Missouri Quilt Co), and that took a couple of days longer than I expected (due to having more cherries to deal with).


For the ribbons, I left off the final border and then figured out how to put them on point, but it ended up 3" too small, and thanks to some IG (I'm @quiltsnfeathers) suggestions I decided to just add sashing to the borders to get them up to the 15.5" blocks I need:


This evening everything was going great, until that last piece (laying on the quilt), which I did measure twice, ended up about 3/8" too short and I don't have enough Kona Oyster to just recut. 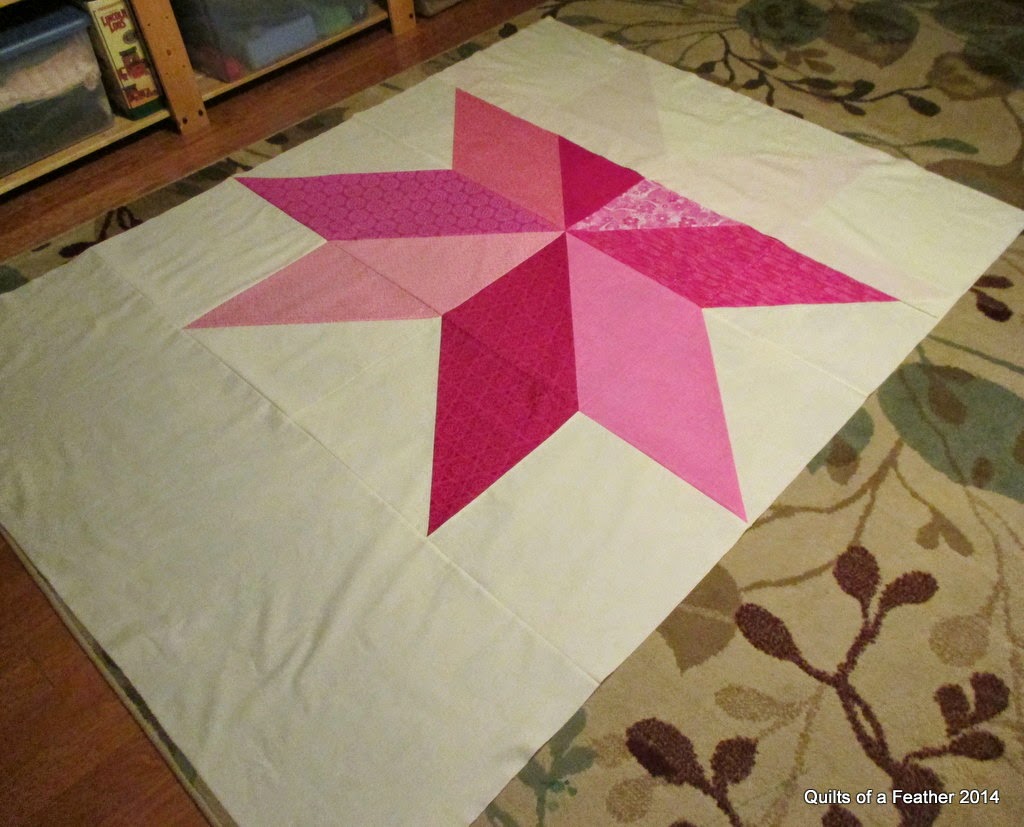 So I'm leaving that for the morning, because I am bummed I will need to scab in a small piece to get it to the right size!

What do you do when you've cut something too short and don't have enough to recut the whole piece?