Here is my finished orange peel snowflake quilt!  I'm really happy with how it turned out.  I came across this snowflake from Frozen and moments later saw this lovely Joseph's coat quilt and they merged in my mind and I knew I had to make it. 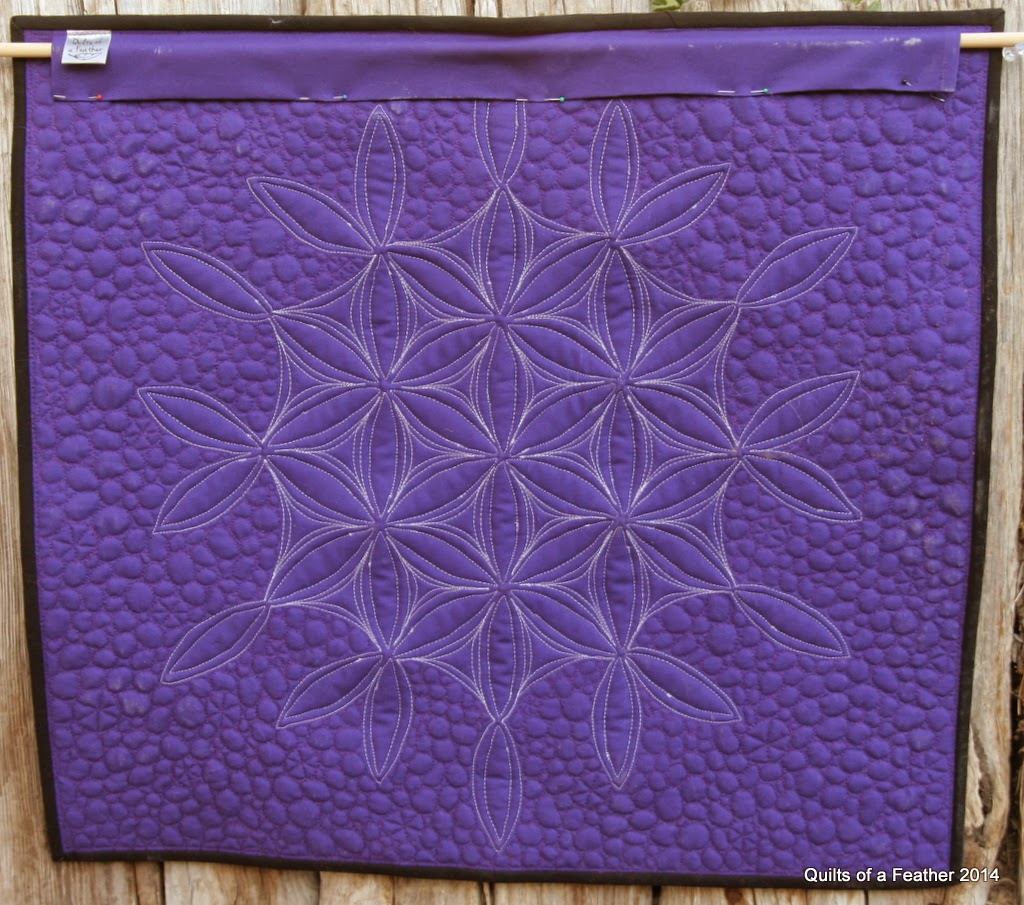 The fabrics used are Carolyn Friedlander's Crosshatch in grey for the petals, Moda Bella Charcoal, Kona purple on the back and Kona Black for the binding.


I used Quilter's Dream wool batting for the first time--I got it off Massdrop about a month ago after hearing such good things about it.  Well, I have a mild wool allergy and did not like the feel of laying it out and cutting it.  Also it sheds a lot.  But it quilted beautifully and has a nice loft.  Next time I will pair it with some Warm and Natural for stability.


This quilt was a fun break from commissions, swaps and pay-it-forwards.  It's been a while since I made a quilt for myself, purely for the sake of enjoying the process!


I'm linking up with Quilty Habit's Orange Peel Along--go check it out to see more orange peel quilts!  And starting September 9th you can vote for your favorite! 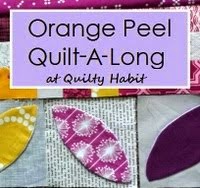 So, my friend Jessica, over at Quilty Habit, has been hosting a Orange Peel Quilt Along this summer.  I was so busy with the Giant Pink Star quilt that I wasn't really sewing along, other than with good intentions and lots of brainstorming.  Well, this week and next week the final link up is open, and I'm finally making progress on mine!

I was originally going to use a mini charm pack I had, which dictated how small these are.  But when it came to actually using the cute little squares, I just couldn't bear to waste so much fabric...so I decided to use the backing scraps from the Giant Pink Star Quilt--it's Carolyn Friedlander's Crosshatch in grey.

These orange peels are actually Joseph's Coat (or Jacob's coat) pieces, but since I got my inspiration photo from Jess, I figured it was okay.  Plus it's the same method for making them, they're just narrower.  I used the interfacing method on these--pressing each section down with an iron so it wouldn't shift around.

Once I had them all lightly fused on, I basted the quilt, using some Quilter's Dream batting I got from Massdrop.  I quilted the petals on using my free motion foot, and then quilted the areas between them:


I am loving the lattice-like look and texture from this quilting!

The backing is Kona Purple.  Here's a peek at the border quilting from the back:


I'm hoping to finish it tomorrow and share it by Friday! 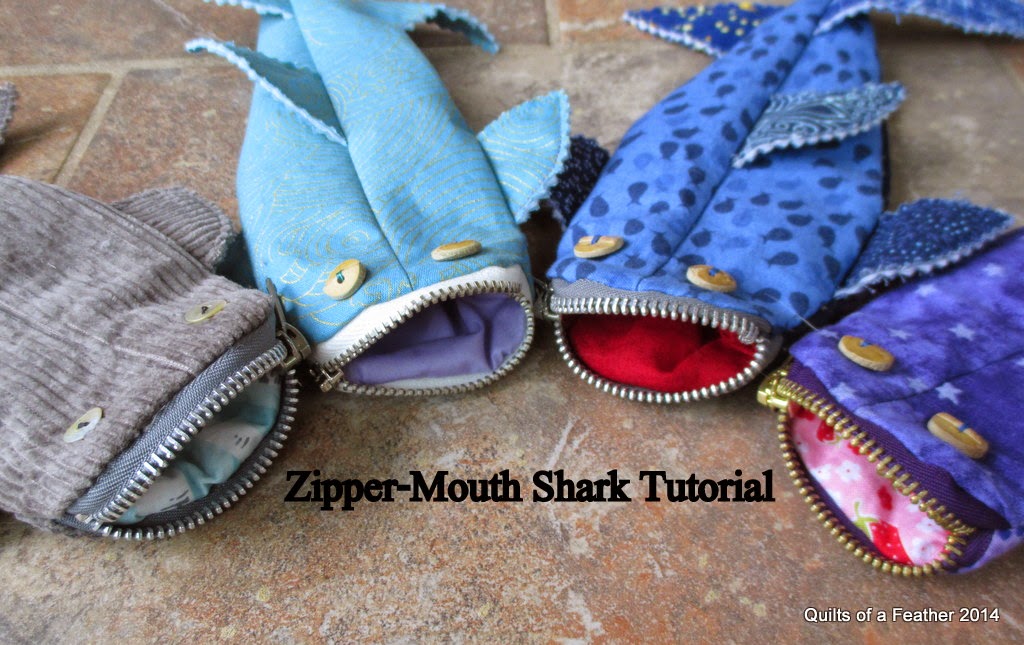 This zippered shark is very strongly inspired by this pattern and tutorial by Patchwork Posse.

First, I liked that shark a lot, but technically speaking it's not a shark because shark tails are vertical, wheres whale tails are horizontal.  My regular readers probably know I'm a stickler for the details (example one, two, three and four), so I had to come up with a design change for the tail so it could properly be called a shark.  That being said, since making and uploading the new pattern I've realized the dorsal fin isn't exactly accurate in shape for a shark...but I'm gonna let that one slide ;-)  The tail on these sharks is rather large--modeled somewhat after a whale shark tail, for those wondering.  If you'd like the tail smaller, like a great white, simply trim down the tail pieces


Second, the tutorial is seriously lacking when it comes to the zipper section--I really tried following the instructions, but stabbed myself many times with the pins, and it became clear that the way I was doing it was not going to end well.at.all.  So I took apart my "shark" and put in the zipper like I've done for almost every zip-pouch, ever.  And it went so fast and smoothly!  Some friends on instagram wanted to see my methods and pattern changes, so here's a very detailed photo tutorial on making these zipper-mouth sharks!

I would love to see your finished shark--link up here or use #zippermouthshark on IG!  Please let me know if you have any questions about the pattern or tutorial!