This year was one for the mini quilts!  I made 17 mini quilts, 2 large wall hangings, 1 full sized quilt and 1 queen sized quilt. You can get the links to each of my quilts from my pinterest board.

In between all the quilting I sewed up some other stuff:
-Two Super Totes (Super tote #4 and Super tote #5)
-My first Washi tunic and a matching Black Bird tunic for my daughter.
-Two Geranium dresses (green dress here and butterfly dress here)
-I reworked the Zipper-Mouth Shark pattern and created a tutorial.
-And more little zip pouches then I could keep track of!

And this was my first year of swaps!  I participated in a couple of individual swaps, a couple through my guild, a birthday swap group, the instagram mini swap and The Sisterhood of the Traveling Quilts:

You can read more about Ashley's medallion quilt here, Laura's luminous quilt here, and Jessica's jewel tones on black quilt here.  I've sworn off all swaps next year, save for the sisterhood quilts again and individual swaps.

So it has been a very full year of projects, even though most of the time I feel like I work at a snail's pace!  Next year I'm already booked up through April!  Here's to a productive and fulfilling 2015!
Posted by Renee at 2:16 PM 11 comments:

I have a guest post over at The Cozy Pumpkin's for her Tuesday Tips series! 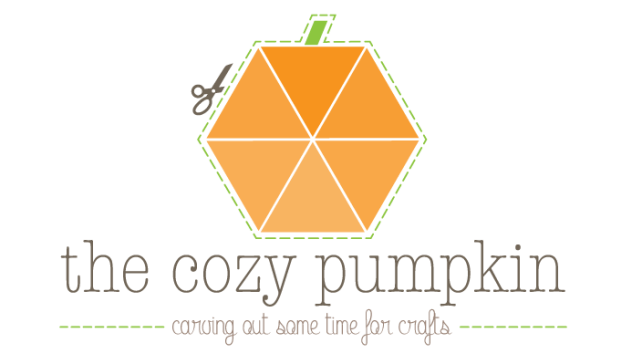 So if you like spray basting and hate the clean up, go check out my Tuesday Tip!

I am laid up on the couch after ankle surgery last week, but should be back later this week with a year-in-review post!  And hopefully back to the sewing machine soon!
Posted by Renee at 7:19 PM 3 comments:


I finished this quilt last month in time to submit to QuiltCon, in the Michael Miller Cotton Couture challenge category.  It's taken me a while to blog about it because I don't particularly like this quilt.

It all started with the pastel palette.  I've never liked pastels, but when the challenge email showed up I was brand new to the Modern Quilt Guild and quite eager to take part in one of their fabric challenges.

Plus, I had a plan already!  A quilt I had designed at the Albuquerque Modern Quilt Guild meeting a month or so before.  There was a program on free form design, and it was hands on with lots of paper and cutting.  At least a couple of ladies said I should turn it into a quilt, so I felt encouraged by their excitement.


And then I saw that the quilt had to be primarily pastels.  I tried to change my plan (I considered making the background out of the pastels somehow and the shapes would be the dark grey, but it would have looked like Easter vomit).  I thought about it for over a month, got some more pastel fabrics to help support the new plan.  But I hated the new plan.  I inquired on instagram about quilts with a dark background color (I had seen several being made) being disqualified, but got no response.


So I decided to just make it the way I originally wanted.  The pastels are the primary focus, so I decided to just go with it.  I enjoyed working on it, until it came to the pastels.  Ugh, every time I just hated them.  Severals times I mixed up the orange and pink or the blue and teal (I sew a lot in the evening with low light while we try to get the kids to sleep).


I liked the process of designing my own quilt and then working through different methods of turning it into reality.  But I hate the pastels.  It started with just disliking them, but the more I worked with them the more I disliked them (individually I like them okay, but grouped together they are just awful).  And they are just terrible to photograph.


But I finished it in time to submit to QuiltCon and felt fairly confident and hopeful.  But it wasn't accepted (neither was my Flying North quilt) for the quilt show.  At first I was disappointed, then angry, then frustrated.  Crystal City and Flying North are two of (what I consider to be) my most modern quilts.  For both I really stepped out of my comfort zone and tried something new in the name of the quilt being "modern".


I was disappointed that Flying North wasn't accepted because I really like that quilt, and felt that it was one of my best in terms of showing.  But I made it for my friend Afton, with her tastes in mind and the goal was for her to like it (which she does)

But with Crystal City, from the first instant of ordering the challenge fabric to...well still now, it was made to be shown at QuiltCon.  It has no secondary purpose.  I had hoped to sell it at QuiltCon so I wouldn't need to have it mailed home and have to do something with it.


So when it wasn't accepted into the show I felt so frustrated!  I'd wasted so much time and money on making the quilt for the show and that was all just a waste.  I'd made my most modern quilt and was still rejected.


I'm still frustrated that The Modern Quilt Guild didn't give any information into what type of modern quilts they were looking for, or how many they were going to accept (I've heard it was only 300 of the 1350 entered), or why they chose such a small number considering the incredible attention QuiltCon has gotten this year.


I do plan to enter both quilts in other shows.  I know I'm not a modern quilter, and I know I'm not a traditional quilter.  I just kind of float on the peripherals of both groups and kinda step my toes in once a while to test the waters.  The modern waters are kinda bitter right now.

But you know what?  I'm not excited about QuiltCon because of the show.  I'm excited because I am getting to meet SO many of the awesome quilty friends and bloggers I've made!  I'm also kinda looking forward to taking my first ever quilting class (one with Angela Walters and one with Anna Maria Horner).


I'll leave you with a couple of quotes:

Dear Self, I promise never again to sign up for a fabric challenge I am not completely inspired by. I promise not to agree to use an advanced sewing pattern that I've never heard of before, know nothing about the pattern writer, or can find any additional resources for online. I promise not to try and make a style of quilt I'm not drawn to. I promise to try to be content, if not happy with the machine, fabric, thread, etc that I have now. And I'm sorry about all the headaches I've caused you recently by not doing all these things. XOXOX -Me (I posted to FB December 2nd, before the QuiltCon show choices were made)

"You have to measure your successes and your failures within, not by anything that I or anyone else might think." -Jean-Luc Picard (Star Trek The Next Generation, season 1, episode 18). 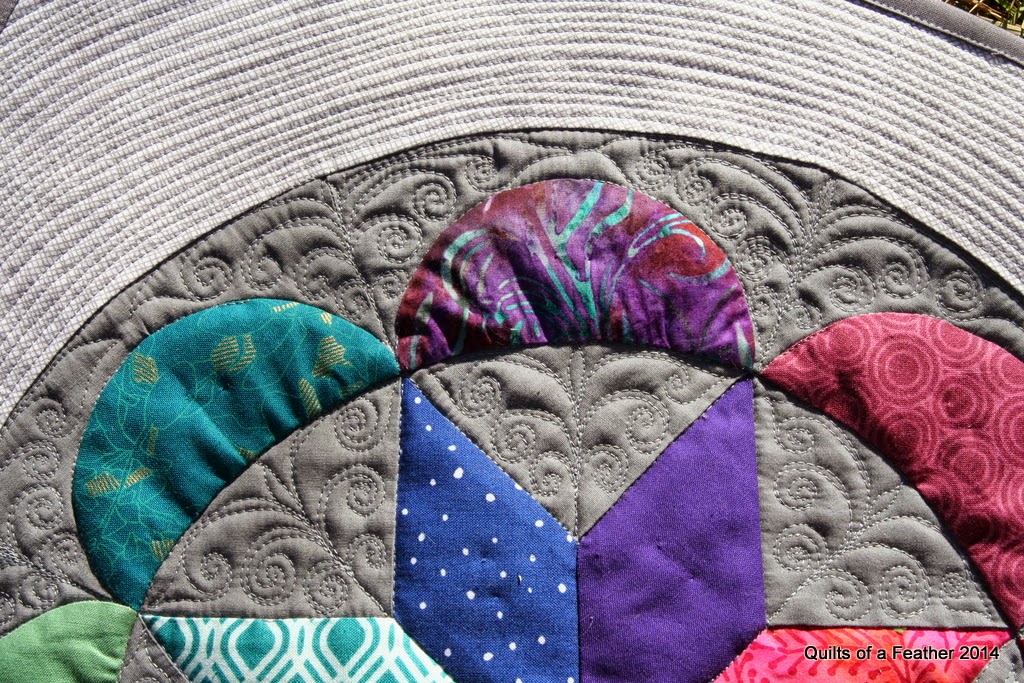 Progress continues on my version of the Museum Medallion quilt--my only project for the month of December, so I hope you guys don't tire of seeing it for a few more weeks!  Here it is from last week:


Here it is today:


The pattern called for a second border of diamonds, but I was not looking forward to making it.  After thinking about it a lot I decided to make a flying geese border instead.


The last pieced border is a drunkard's path block:


The cutting of these is so fiddly, but hopefully they sew up nicely!  Fingers crossed I can finish the quilt top by next week, but I always have grand expectations of my productivity, haha.

Last I posted about this quilt it looked like this:

I did finish the triangle border in November, and so far this month I've already squared it off and added two more borders!

I've been using the Museum Medallion pattern.  It's beautiful, right?  It's an advanced hand piecing pattern that I am piecing by machine.  I've been having a lot of problems with the sizing of the pattern pieces, but I've been taking notes along the way and will be giving away the pattern, my templates and notes when I'm finished!  (does that express how much I never want to make it again?  haha)

Have you ever made the Museum Medallion pattern?  I'd love to see it, or maybe here some tips you've figured out along the way!  If you're on IG you can tag them #museummedalliontips
Posted by Renee at 7:24 AM 17 comments:

Today I have this lovely table runner to share with you!  It was a birthday swap gift for Mara of Simon Says Sew.  She had mentioned table runners, feathers (which of course I am happy to oblige) and loving Cotton and Steel fabrics.  So I finally opened some of my bundles and used the Anna Maria Horner feather pattern again.


I made this last month in between working on a pastel quilt (I hate pastels, it turns out) and so loved have a bright, cheery quilt to work on!  It helped refresh my quilting soul.  The quilting was a fun exercise of just going with the flow, which inevitably includes some bugs:

I quilted it using Aurifil Blossom Pink (#2530).  I love how the quilting adds so much character to the quilt!  I use Aurifil grey #2605 in the bobbin.


This was my first time making a table runner and really didn't know what size it should be...so I let the feathers dictate the size--it finished around 8" x 44".  Makes me look forward to someday having tables clean enough to decorate with a pretty runner! 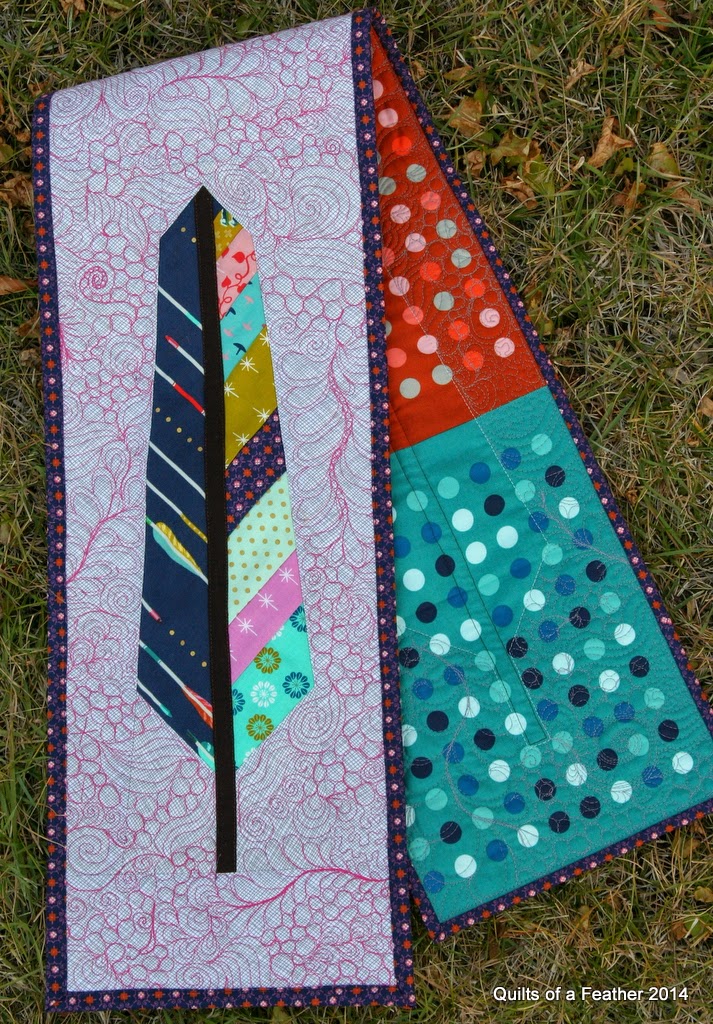 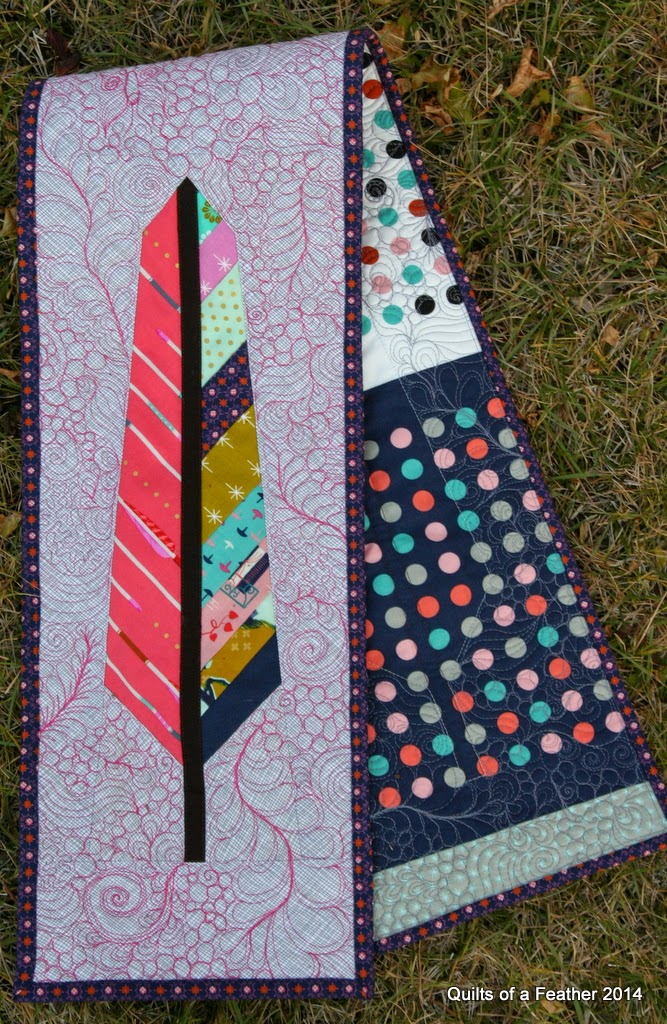 Are you a table runner person?  What size do you like them to be?